Many electromechanical pinball machines come with a set of chimes that are struck as points are scored.  Typically there are several chimes of different lengths that represent different point values. The shortest chime with the highest pitch might represent 10 points while the longest chime with the lowest pitch might represent 1000 points.  The chimes look like a small xylophone, or more accurately like a small glockenspiel since the bars are made of metal (glockenspiel) rather than wood (xylophone).  These are photos of a chime unit made by Gottlieb. 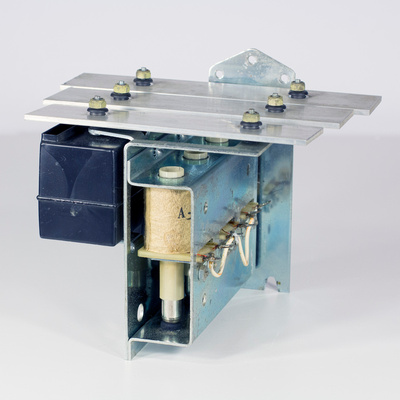 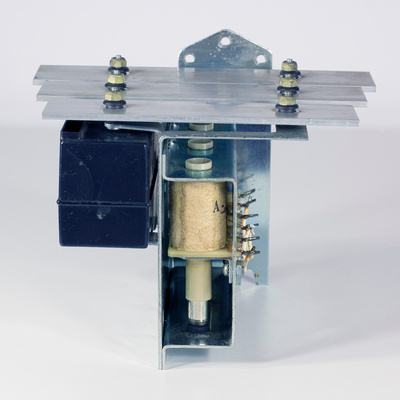 All of the sounds that we hear like music, speaking or noises, arrive at our ears as sound waves.  Sound waves are created when things move and disturb the air around them in the same way that a rock thrown into a pond creates waves in the water (and in the air).  The chimes in a pinball machine generate sounds when they are struck by the solenoid plunger as shown in this simulation video:

The third video adds the third, shortest chime in front that generates sound waves (in blue) at the highest frequency of the three.  This is the highest pitched chime.

The reason that shorter chimes vibrate at higher frequencies and have higher pitches is that shorter chimes have less mass, or weight.   A longer chime has more mass, more inertia and is slower at changing directions as it vibrates.  Similar principles apply to bells (smaller bells ring at higher pitches), strings (thinner or shorter strings vibrate faster) and pendulums (shorter strings or lighter pendulums swing faster).

You may have noticed that the black rubber grommets that hold the chimes in place are in different locations on each chime.  This is not an accident.  Each chime has an inherent fundamental frequency, or a frequency at which it naturally vibrates when hit by the plunger.  The fundamental frequency is determined by the length of the chime so that its ends and middle can vibrate up and down as shown in the videos.  Between the ends and the middle however are places called nodes where the chime vibrates very little if at all.  The nodes are the only places where the chime could be held down and still be allowed to vibrate, so the rubber grommets are always placed at the nodes of the chime.  In the video below the nodes of the chime are highlighted by the red arrows.

The nodes of the chime

When you touch a vibrating chime, or bell or string in most places you very quickly stop it from vibrating because your finger dampens the vibration.  But if you were to carefully touch it at one of the nodes (where the red arrows are in the video) it would continue to vibrate because it is not moving at the nodes so there is no vibration to dampen.  Realistically, even when you touch a chime at one of its nodes (or hold it in place with a rubber grommet) you dampen it some because your finger is much larger than the node (which is a vanishingly small point) but the dampening effect is minimized since you've touched it where it is vibrating the least.

Find more background information about other pinball machine devices is on the Things to Learn page.