After the run of the Denver Center for the Performing Arts' (DCPA) production of The Who's Tommy I wondered what became of the two games I had modified for the show as described in Part 2. As it turns out, there was a happy ending.

A few months after the show closed I was contacted by the new owners of the Sweet Sioux and Solar City games used in the production.  They had reached out to the DCPA and bought the games in as-is condition.  The extra hardware added to automate the games for the show had been removed, but the modifications I made to the games had not been undone so the games weren't working.  They asked me to make the games playable again. 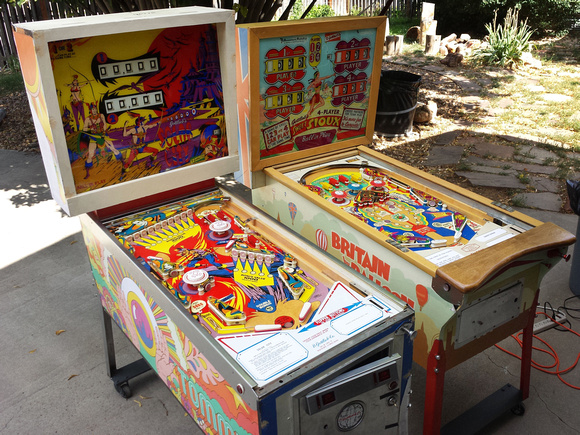 Both games were re-themed for the show, each receiving a new backglass and removable cabinet decals.  Here with their new owners, the games have their original backglasses but are still sporting their show decals.  You can also see how the legs were shortened a bit and casters welded on so the games could be easily wheeled around on stage and back stage.

It had been several months since I modified the games so some of the details were a little fuzzy. Fortunately there were plenty of bread crumbs to follow to find all of the changes that had been made. 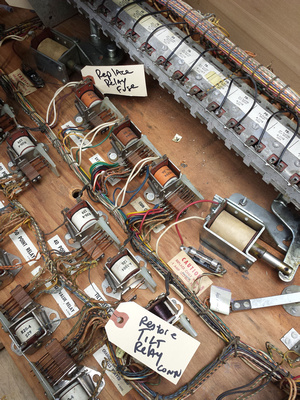 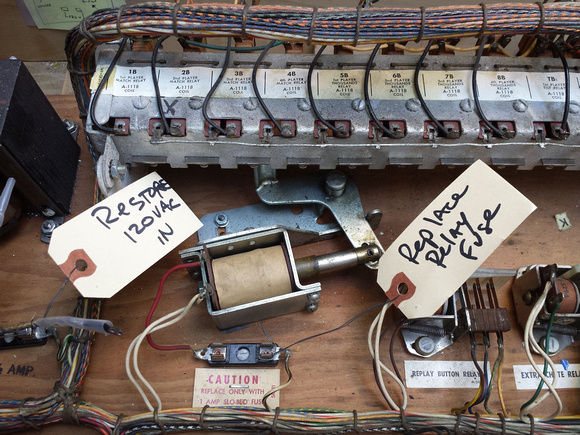 The "Restore Tilt Relay" tag in the bottom of the left photo is a reminder that the Tilt relay had been disabled.  During the show the game was moved and jostled a fair bit as part of the choreography.  Ordinarily the Tilt mechanisms would have triggered this relay and the game would have gone dark during the performance.  Disabling the relay by desoldering one of its connections was an easy way to disable all of the tilt mechanisms.

The "Replace Relay Fuse" tag in the photo on the right refers to another disabled mechanism.  This fuse is for the single large solenoid that resets the bank of trip relays at the top of the photo.  The solenoid was large enough that it strained the capacity of the battery and inverter placed in the game and made them unreliable.  But since there would be no ball traveling the playfield none of these relays would trip nor would they ever need to be reset.  Removing the fuse for the show was all that was necessary to avoid this reset issue.

Transformers used in pinball machines often have both unlabeled and unused terminals to allow for configurations in low voltage areas and overseas.  When the 6.3 volt connections were disconnected to allow remote control and dimming of the lights this little nugget was left behind to make sure that the connections could be restored correctly. 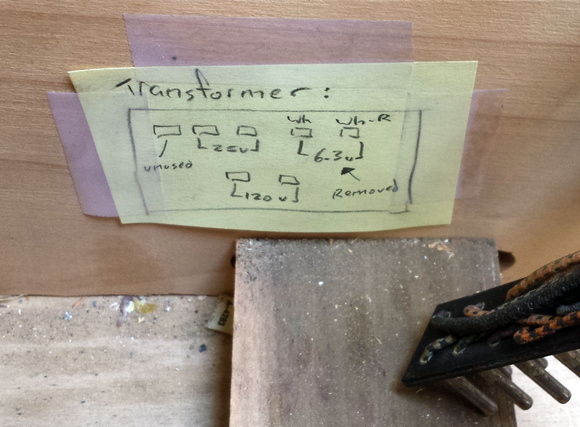 The Balls Played Unit in the backbox is the quarterback of scoring system and directs scoring pulses to just one player's score reels at a time.  Shorting the terminals of the four players together with the grey jumper wire shown here makes all four players active all the time. 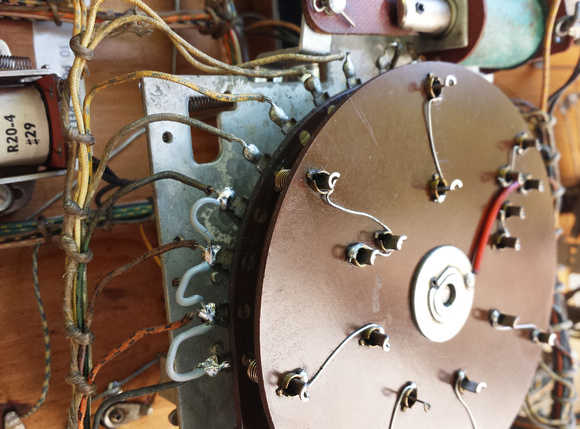 The grey jumper modification shown above is represented by the red wire in the modified game schematic below.  Instead of having the four Scoring Control relays fire sequentially, the modification makes them all fire together.

Following the breadcrumbs and retracing my steps with a good soldering iron, it wasn't long before the games were again playing as they had been designed.  Only the exterior cosmetic changes were left to be undone.  The new owners and I were pleased to have returned these two games from their performance adventures back to the collector community.