A game of World's Series lasts until the player reaches three outs or runs out of balls.  It's essentially one half inning of baseball.  The Outs Counter keeps track of the outs so far and ends the game if the third out is reached. 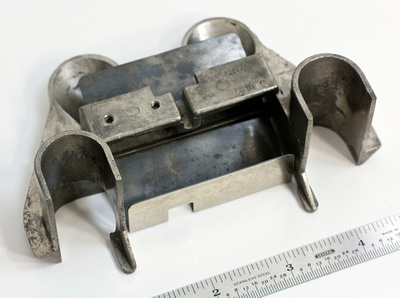 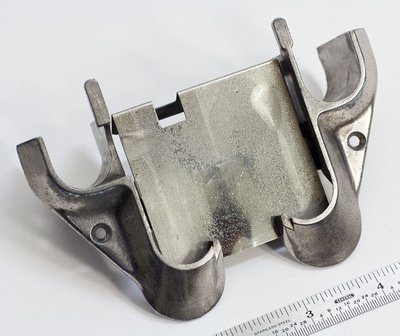 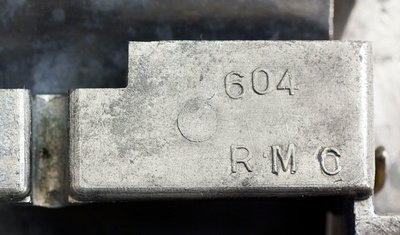 The 604 Trap-door Die Cast is the game's main objective which gathers balls launched by the player to determine whether they're balls, strikes, hits or outs.  It is a single, often broken casting with a sheet metal 621 Trap Door that pivots along the back edge. 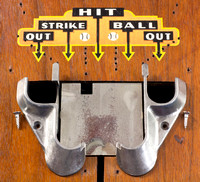 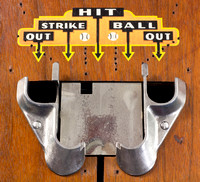 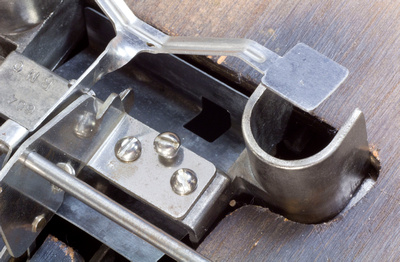 The 604 Trap-Door Die cast is fastened to the top of the playfield with a pair of #4 x 1/2" oval head slotted wood screws.  Below the playfield it attaches to the 620 Bracket for Trap-door Lock with a pair of 6-32 x 3/16" round head slotted machine screws.  A third identical machine screw mounts between the two mounting screws and can be used as a fine adjustment to the angle between the the two pieces if necessary. (Details on the Tuning page.) 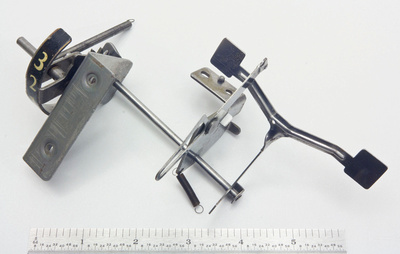 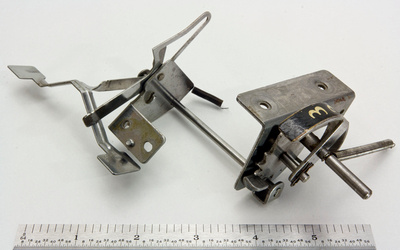 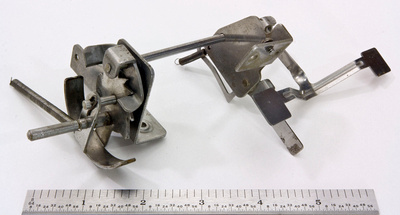 An escapement is part of a mechanical step unit that allows a ratchet to rotate in small fixed steps.  It is commonly used in mechanical watches and clocks to regulate how often the first gear in the gear train is allowed to advance.  Each tick and tock you hear as a clock runs is the escapement taking another step. 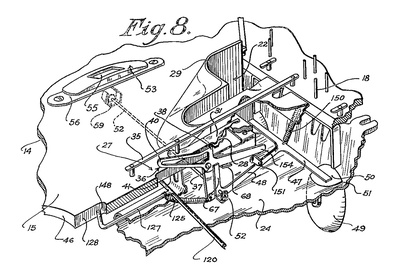 Figure 8 from the patent shows how the Outs Counter parts are mounted above and below the playfield. 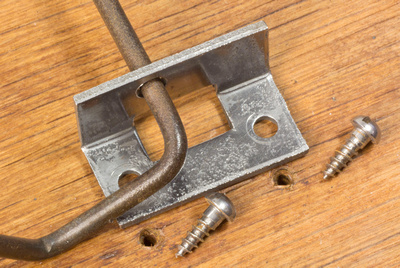 Installing the 688 Bearing for 3 Outs Lockwire 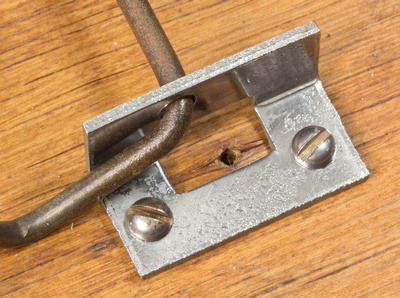 Installing the 688 Bearing for 3 Outs Lockwire

Installing the 679 Stamping for Segment Spring

Installing the 679 Stamping for Segment Spring

Installing the 659 Escapement and related hardware

The 688 Bearing for 3 Outs Lockwire,  679 Stamping for Segment Spring and 659 Escapement are each mounted to the underside of the playfield with a pair of #6 x 3/8" round head slotted wood screws. 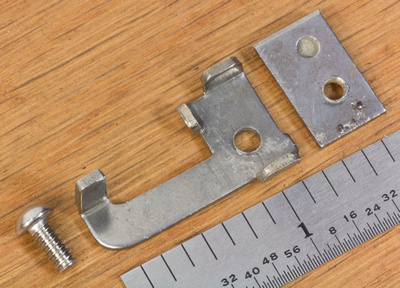 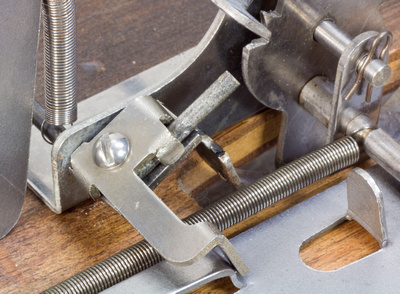 The 686 Lock Stamping is a three part clamp that mounts to one end of the 624 Three Outs Lockwire.  A 6-32 x 5/16" round head slotted machine screw passes through the oversized hole in the larger piece and screws into the threaded hole in the smaller piece to form a clamp.

The Lock Stamping is activated by the 603 Main Push Bracket at the start of a new game. It keeps the Three Outs Lockwire in the three outs or game over position while the Outs Counter is being reset.  The Lockwire in turn disables the Elevator mechanism to prevent balls from being lifted onto the playfield during reset.  Otherwise a player could hold the coin chute in and elevate and launch any balls in the Elevator lift assembly. 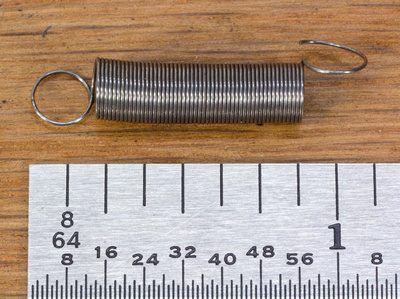 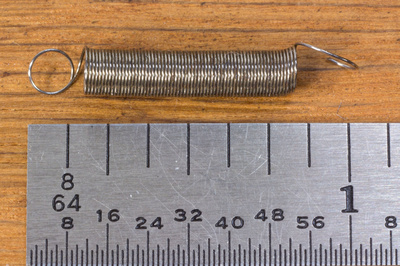 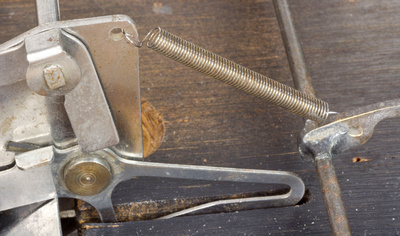 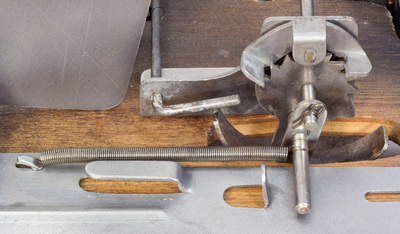 At the start of each game the Push Bracket slides to the right as the coin slide is pushed in and pushes the Stud to reset the Ratchet so that the outs count shown on the playfield is zero.  As the Stud moves to the right it stretches the Spring which will pull the Stud back a step each time an out is registered to increase the out count.

This video demonstrates how the Outs Counter is reset at the start of the game and counts outs as balls fall through the Outs holes in the 604 Trap-door Die Cast.  Pay attention to the far end of the 624 Three Outs Lockwire at the top of the video.  When the third out is reached it raises (or drops when the playfield is installed in the game) to disable the Elevator machanism, preventing any more balls from being lifted into the shooter lane.